News, published more than a year ago 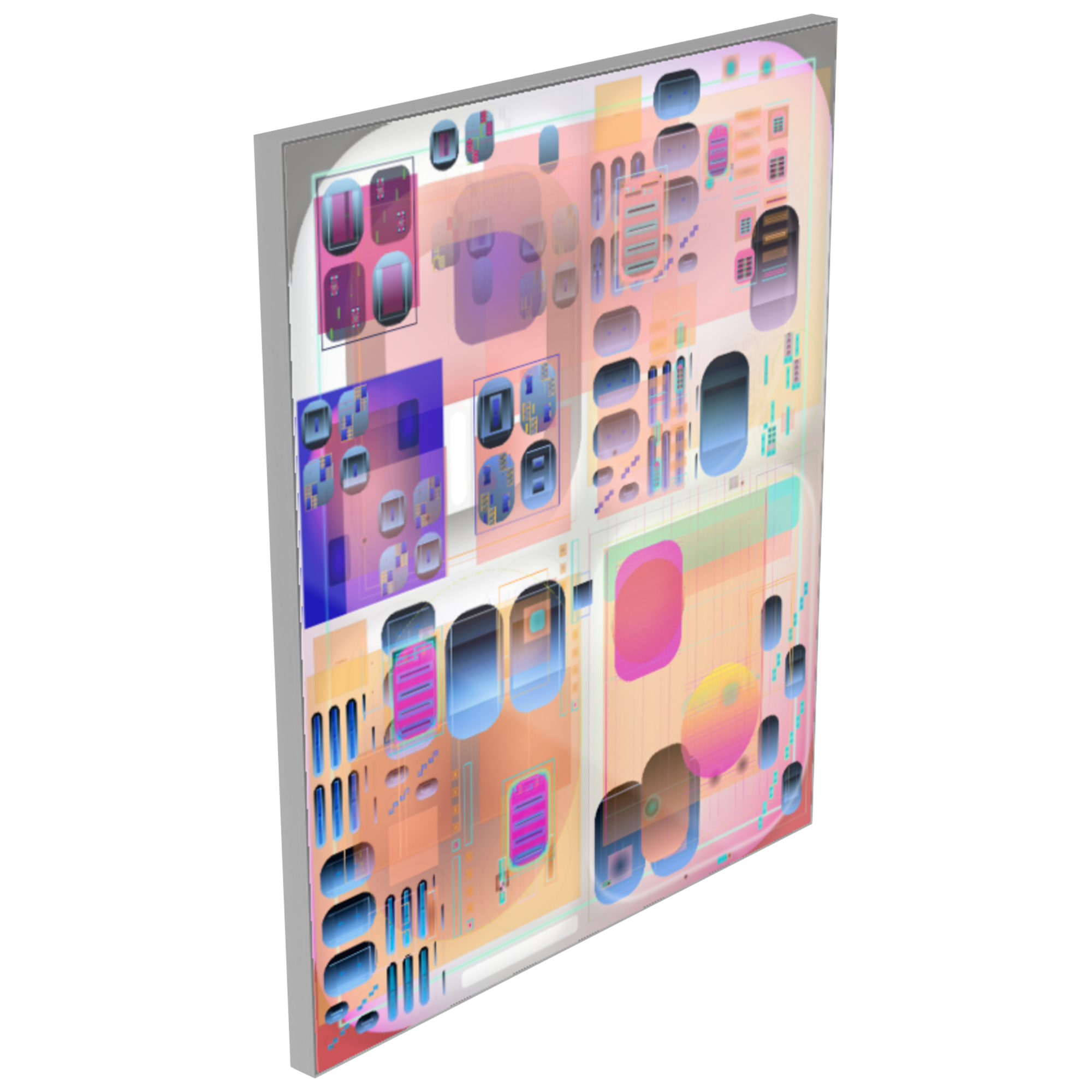 It's with great pleasure that I can invite you to my upcoming solo exhibition "Mutant Garden" at Upstream Gallery Amsterdam. This body of work has developed (sometimes on its own) over the past 2.5 years and will now be exhibited in its entirety for the first time.

Open from the 23rd of April. To visit, please make a reservation with the gallery in advance.

We all know DNA forms the blueprint of life. Through mutation and crossover, genetic information is passed to our children. How exactly this information that builds our bodies, and organises our trillions of cells, each line in our skin, is encoded in our genes is miraculous. Equating our DNA to a "map" of our body, where there would be a one-to-one relationship between genes and cells, makes no sense. Such a map would exceed the territory. The genome is limited to contain a relatively small amount of information.

Instead, it is better to think of our genetic information as a repository of many highly efficient intertwined strategies, recipes, methods – algorithms, if you will – from which the huge amount of cells that compose our bodies are generated, recursively. These instructions in our DNA are parsed and executed, over and over again, based on local conditions: if this, then do that, or else do this. Genetic information could be considered as a compressed collection of computer programmes, from which life emerges.

It is my conviction that this tension between relative simplicity of computational rules, but enormous complexity in outcome, holds the key to understanding life, and by extension, our aesthetic appreciation of it. We are attracted to visual systems which are to some extent complex, novel, tantalising, yet at the same time contain familiar, repeating elements. Difference and variation, surprise and expectation, have provided essential building blocks in the history of human expression.

To that end, I have developed evolutionary algorithms to research and optimise this trade off. But just as mutations in biology often result in death of specimens, mutations in software often result in programmes that get stuck in an infinite loop: the notorious blue screen of death or endless rainbow spinner on MacOS. My engineering challenge was to devise an environment where I could freely let programmes mutate without crippling them. To achieve this, I turned to an existing algorithm called Cartesian Genetic Programming, invented by Julian F. Miller and Peter Thomson in 1997 (an interview with Julian will be published soon) to come to the Mutant Garden software.

In the "Autobreeder" on display in the main room (the "garden") specimens undergo mutation, and siblings are evaluated based on measuring their visual complexity versus cost of computation. Complex compositions that were relatively quick to generate are favoured over simple images that took disproportionate effort. I used the outputs of this algorithm as input for my own aesthetic wetware: I curated, and optimised the highly complex compositions, emphasised desired traits in a painterly, subjective, and labour intensive process.

Some of these works are materialised as digital exposures on photographic paper (lightjet), others are printed on archival paper using UltraChrome inks. These are installed alongside the Autobreeder.

In the smaller room (the "lab"), an additional software work is installed which visualises how the genetic code is formatted as a two-dimensional network, and how this is parsed to generate the layered visual compositions.

On one wall, as a timeline of my larger project of algorithmic archaeology, from each iteration, one work is installed, highlighting my own artistic practice as a genealogy as well.

To conclude, a series of light emitting tablets connect the various algorithms, series, works by myself, by other contemporary artists, and historical art movements. These help me define my activities in a broader artistic and historical frame, and appreciate associations in their own right.

Many thanks to Paloma Rodríguez Carrington, Lisa Blanning, Wassim Alsindi, William Kherbek, and the wonderful team at Upstream Gallery.